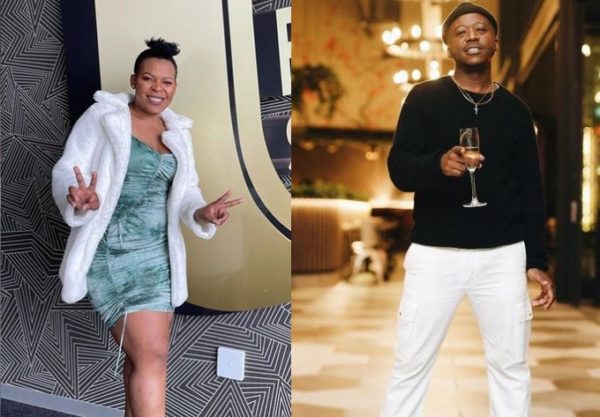 Zodwa Wabantu is yet to take off the name Thabo off her mouth, as she shared a teaser of the next episode of the Real Goboza show, which will air this Saturday.

On the teaser, the entertainer is seen as the next guest, and they had lots of fun.

From all that was discussed, her relationship with Black Motion’s Thabo Smol appeared to be the major highlight of the show.

The businesswoman got tons of people talking after confessing on Lasizwe’s YouTube show that she’s slept with Thabo, who now has a daughter and baby mama.

The music producer claimed it didn’t just happened, but he admitted to have slept with her.

Rather than let the issue die, Zodwa spoke more about Thabo on her Instagram post which has promoted the phrase, Kejele Kejele.

Now, she’s taking the discussion to the TV show, which revealed Thabo’s response to her in a video shared on the musician’s Instagram page.

Zodwa must be grooving with the paparazzi that comes with the topic about Thabo.