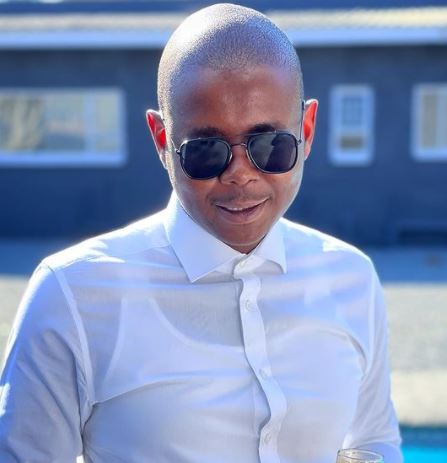 Cornet Mamabolo known as T’Bose has said his goodbyes to Skeem Saam.

The star who plays Thabo Maputla has exit the show as he says his final welfare before leaving for the airport for his new job overseas.

Just a couple of weeks ago, we were all singing wedding bells and excited about Thabo and Mmapitsi’s lavish wedding.

We all thought that they would leave happily ever after seeing that their wedding had no drama. However, following their honeymoon, T’Bose dropped a bombshell on his family – he is leaving Turf and will be working overseas.

He good a tempting job offer and couldn’t turn it down. What is also strange about his sudden change of heart is that he is leaving his wife behind and his kid behind (they haven’t even been married for a month).

Following the emotional episode, the actor took to social media to thank everyone for the support and confirmed that he is leaving the educational drama.

“This is my official break from your screens as Tbose Maputla … thanks for all the support you have shown me over the years, I mean I literally matured to be the man I’m today before your eyes.” he posted.