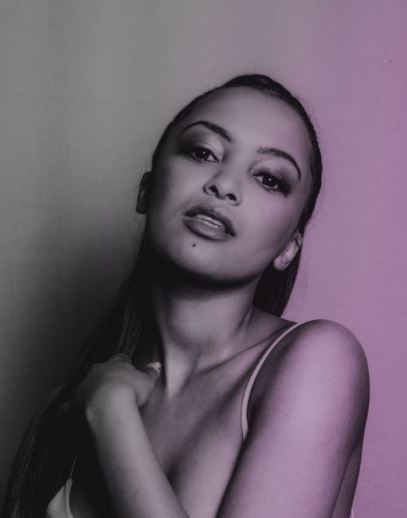 took to her social media to share her hair story.

The star stated that her hair journey has been an interesting one and she grew up with a curly hair but her mom had no time to take care of it properly.

The singer stated that at age 6 while her mother was taking a nap, she cut her hair very uneven.

“So my hair journey has always been an interesting one, growing up I had very curly hair but with my mom being a single parent and working all the time she didn’t really have the time to maintain and properly take care of my hair. Funny story, I had long hair when I was 6 and when my mom took a nap I legit cut my hair very uneven and even cut myself bangs!😂😂 Yoh that hiding was one for the books!🙆‍♀️”

Paxton revealed that she started becoming conscious of her appearance and became very insecure because she didn’t see a lot of girls with her type of curly hair and kept relaxing her hair so she could “fit in”.

“As I grew older, I became more conscious of my appearance and quickly became very insecure because I didn’t see a lot of girls with my type of curly hair and kept relaxing my hair and did treatments so that I could “fit in” with the rest.

My hair then stopped growing and became very damaged! I didn’t know how to take care of my hair and didn’t see much of a change which was frustrating so I did a big chop in grade 11. I then entered Idols, and the glam team introduced me to wigs and weaves as we have to switch up our look every two weeks or so.”

She concluded saying that she later realised no matter how she try to impress people and feel among with her hair , people still have opinions which they are entitled to.

However, Paxton is grateful to be working with people who are helping in maintaining her hair and also educate her on how to take care of it.

“I realized that people will always have opinions which they’re entitled to but as long as I was happy and at peace with myself and my appearance nothing else mattered😌! I am so grateful to be working with amazing and inspiring hairstylists who help me maintain my hair, and educate me on how to take care of it”