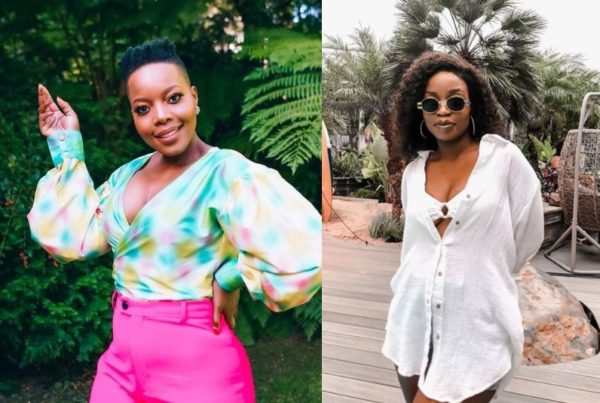 Zanda got dragged on social media days ago after announcing that she will be performing Jerusalema alongside Master KG in UK.

Nom’s fans were distruaghted with the news and called Zanda a thief.

Speaking to Daily Sun, Sibonga said: “If anything, these are two female artists striving to be the best in the industry. Therefore, we cannot allow fans to pit Nomcebo

against Zanda or vice versa,” he said.

“Zanda is an Open Mic artist and she can do anything, including promoting international gigs. We have no problem with Zanda performing or promoting Jerusalema.”

“I’m urging Nomcebo’s fans to stop attacking Zanda. Instead, we should all be promoting the spirit of sisterhood and not oppressing another female artist. The legal fight is between Open Mic and Nomcebo. The matter is being dealt with by Nomcebo’s legal team,” he added.