Congratulations are in order for radio and television personality Dineo Ranaka who has just welcomed her newborn baby.

Ranaka took to Instagram to share a snap carrying her bundle of joy. “And unto me, a child was born. Welcome to the family little one,” she posted. Her friends in the entertainment industry filled her timeline with messages of congratulations. 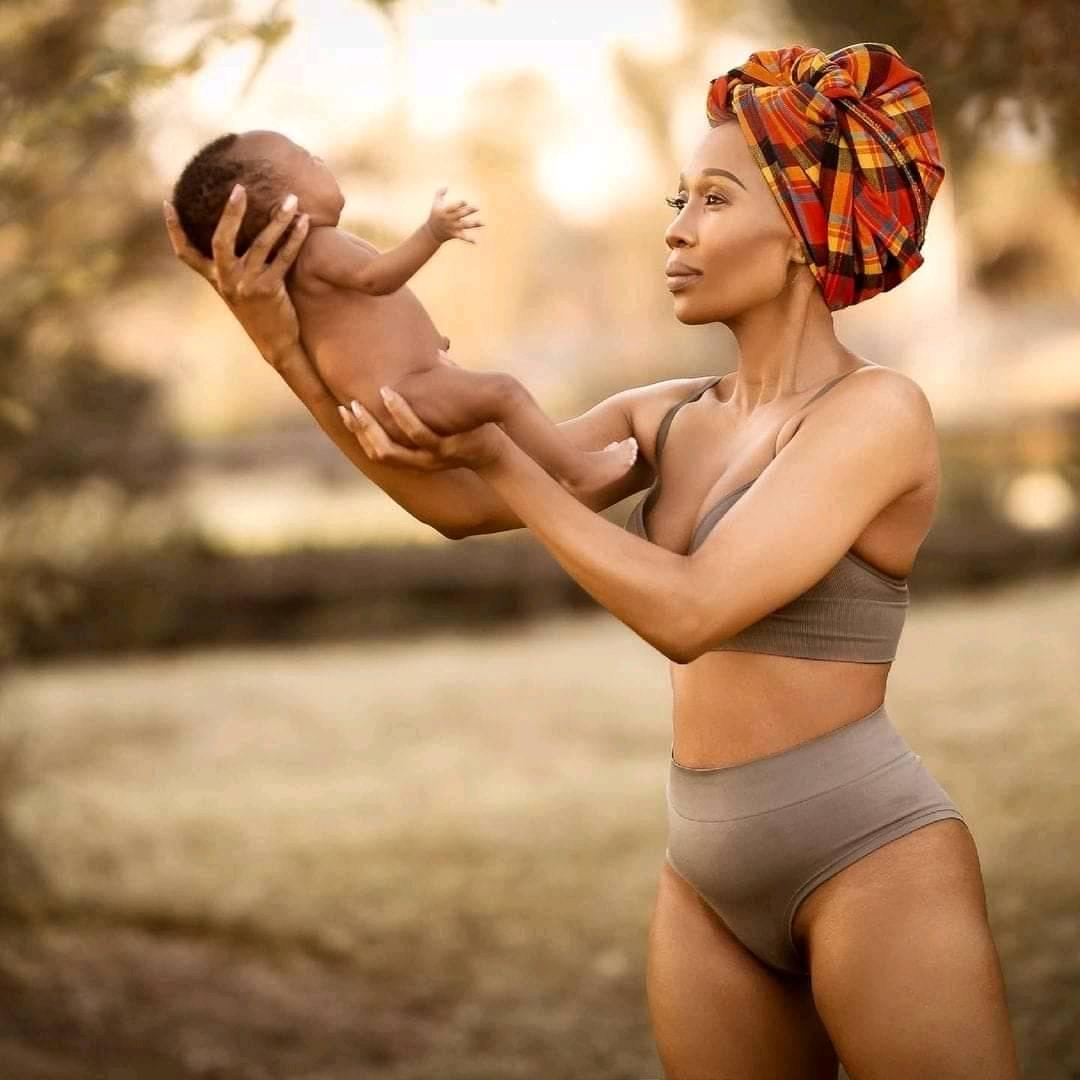 Dineo, who got married in 2020 introduced her husband at the beginning of the year. She shared a snap, which has now been removed, of herself kissing her husband.

Her sister and Generations The Legacy star Manaka Ranaka recently took to Instagram to show off her baby boy’s face in a hilarious video. She introduced him to her followers as baby dragon on his six months’ birthday. The actress posted a Tik Tok video where her son’s face turned into a dragon.

Baby dragon was born on the 15th of December 2020 and his mom shared the exciting news, sharing a snap showing off her cute little hand. She kept her pregnancy private from the media for most of 2020. Giving an exclusive to Daily Sun, Manaka revealed that she and her man were expecting a bundle of joy.

“It’s the same feeling I felt when I had my two daughters, so this experience is nothing new. People have been saying they hope I’m carrying a boy, but we’ll see. I look forward to giving birth to a child. I don’t care if it’s a boy or a girl, as long as it’s not an animal,” she said.

“Boys and girls are equally important and have different functions in society. “I don’t believe that boys are necessarily better. According to society and cultural norms, they’re carriers of legacies. Girls also bring kids into this world.”

In June Dineo was called out for allegedly losing her cool on air during her show #AskAMan on Metro FM where they come up with solutions to help people going through relationship problems.

One Twitter user took to Twitter to air out their views about one of the listeners’ phone call. “Why are majority of women so stupid. Why would you practice another man’s cultural stuff while he does not do yours. Come on women yerr.” He tweeted.

Dineo responded to the Tweet on-air and many said that her response was unprofessional. She, however, was not having it as she advised the tweep to improve their listening skills.

I didn’t use the word stupid to insult him. Listen attentively in future. I have reasonably high EQ and fully understand my work, it’s ethic and expectations. I used the word stupid to claim it and reuse it as a compliment to us “Stupid” women

She also added that she didn’t lose her temper but was very firm. “I didn’t lose my temper. I was very firm. It’s important to use this platform to manage verbal abuse against women. It’s uncomfortable listening to a woman being firm on the radio right? The expectation is for me to be girly right? No sir, not when women are being verbally abused.”